A busy weekend of tennis for the Mens’ section.

Firstly a good turnout on Saturday 18th in the morning as this session is now getting firmly established in the Mens’ calendar. We had some good tennis despite the gusting westerly wind coming across the court. Several of us then continued discussions in the bar where the Hook Norton Bitter at £2.50 a pint special offer could not be missed!

Next session planned for Saturday 25th at 10.30 am and all welcome.

Special thanks to Nick Proffitt and Tom McIvor who left Southampton University around 7.15am on a Sunday morning to come up and play for the team. It’s great to have this level of commitment from Nick and Tom who are bringing youthful vitality to the team.

Nick paired up with Andy Holley and Tom with me and we enjoyed a very successful morning despite a very strong wind blowing across the Sonning Courts and a strange yellow object in the sky (the likes of which hasn’t been seen for a while) which made serving from one end a bit tricky.

Thanks team for a really good performance and a valuable away win.

One of the things which makes these matches is the friendship of the opposition who (despite losing) took us into a ‘warm clubhouse’ where we enjoyed a post match pint.

With only 2 more games to go in the Winter League we hope we can go on now to hold our position with a respectable finish to the season.

Hope to see more Men coming down on Saturday morning as we really push on with developing Mens’ tennis.

That’s it for now, off to enjoy the sofa and the tv sport for the rest of the day. 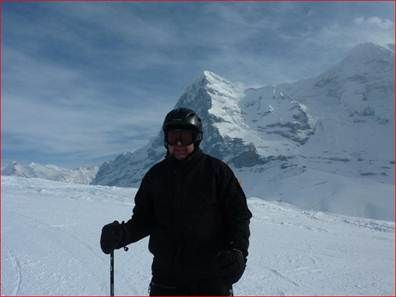 I guess this picture could have been taken at Wellington on Sunday morning as unfortunately our Men’s match v Twyford was cancelled due to snow. Yours truly just got back from week’s skiing in Wengen where we had temperatures down to -24 deg C, snow most of the week and the sun making very rare appearances.

Now back to tennis. Hopefully we’ll get a Men’s doubles session in this coming Saturday 11th February and get back into a regular Saturday routine again weather permitting in the coming weeks. The next Men’s match is on the 19th away at BCS and the season has been pretty fragmented for one reason or another.

Well done to the hard core who have continued things through whilst I’ve been away.

That’s it for now. More updates next week.